We are still on home leave, I have not settled yet in our permanent quarters (note the use of the word quarters because I don’t know if it is going to be a house or an apartment and the term residence seems a bit posh for what we will actually be able to afford back in DC), but I am already re-americanizing myself at full speed.

Ah – a little context for newbies. Home leave is a period of vacation mandated by Congress for diplomats after a certain time spend abroad. Every three years maximum. You gain three weeks every year and however well it may be described in the official text [Codified in Sections 901 and 903 of the Foreign Service Act of 1980] its purpose is to make sure that even if you have “gone local” (not loco although it could apply sometimes), you have not forgotten to be an American and you keep up with American values. In summary, it is to re-americanize oneself or to have a ‘re-learning Americana holiday’.

When we are posted to a new country, since our residence is usually within U.S. standards and offices at the Embassy could also be in the U.S. look-wise, what usually strikes us most, besides weather or smells, are different foods. We are foodies. Back in the U.S., for the first time after three years overseas, everything looks the same as in my memories except the food offering at fast food restaurants. Let’s cover a few novelties. 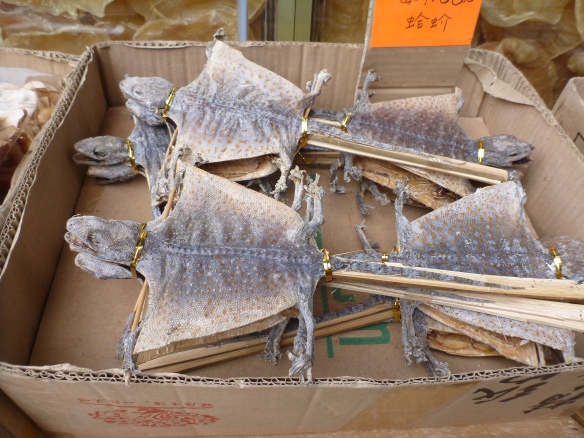 OK – Not that crazy – this was in China!

I’d better post this before they invent any more of these weird combination foods. I am sorry that I will not be your guinea pig anymore; I have shipped my teenage boy off to college (yeah- there was a reason I was haunting the fast food joints this summer, his giant bucket list) and now I have a waist line to watch!

*healthy = messy. I love burgers in lettuce wrap but there is no bun to absorb the sauce so it is extremely slippery. Extra napkins required.